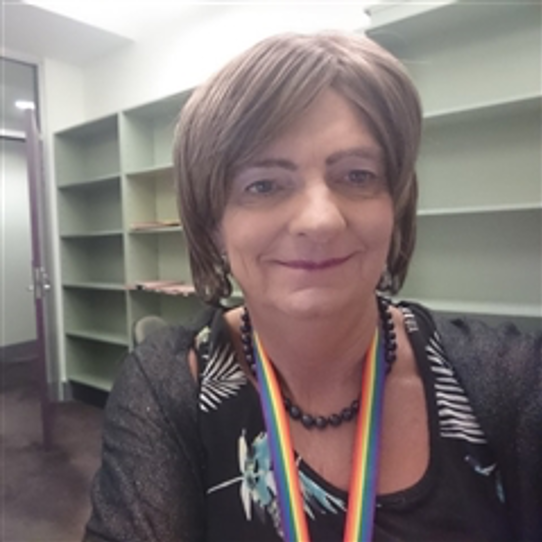 I have been a Buddhist for a lot longer than I have been out as transgender.  In fact, I feel my Buddhist practices contributed to my coming out – they certainly supported me during the transformation from presenting to the world as a man to the woman I am today. When I came out to my revered Buddhist teacher, he told me I was being dishonest presenting as a woman, I had been possessed by evil spirits and that he would cure me. Knowing about the horror of conversion practices noted elsewhere I ran a mile.

I spent a long time after that looking for a Buddhist community that would accept me. I found many in the US and Europe online and as a result I became involved as a contributor to the first Trans Buddhist anthology Transcending – if interested it can be purchased from Hares and Hyenas or watch my video in the Stories of Faith and Resistance series.

When I started meeting trans and gender diverse Buddhists online (there are very few in Australia), I was surprised to find out that my story of rejection was not that uncommon – I think all the 30-odd contributors to Transcending experienced rejection from a Buddhist faith community. When you start delving into the story of acceptance of LGBTQIA+ people by Buddhism generally you find a variable acceptance from outright rejection to full acceptance. There are groups within Buddhism working to change the situation and there are many accepting Buddhist groups. I am confident of the Triratna Buddhist community.